Following on from England's shock exit out of the Rugby World Cup on Saturday, here are 7 massive upsets in the world of sport. 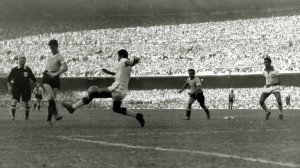 The World Cup of 1950 in Brazil was played with four teams in a final group, where the winner would become world champion. In the final game, Brazil faced their tiny neighbours Uruguay in the last group match, in the largest football stadium in the world, the mighty Maracaná in Rio de Janeiro, that had been built specially for this tournament, in front of 200,000 spectators. Brazil needed only a tie to proclaim themselves as world champions for the first time ever, and nobody really doubted that it would happen, even the leaders of the Uruguayan Football Federation urged their players to play to limit the loss, and that they had done what they could by reaching the final. However, it was a courageous performance by Uruguay as they stunned the hosts 2-1. As the game ended silence descended upon the Maracaná. People cried, this was Brazil?s most painful defeat ever. To this day, Brazil, the mightiest footballing nation of all time, is still the only world champion that has never won the title on its own soil. For Uruguay, this is their greatest victory ever. 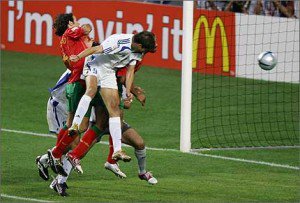 It's been over 10 years since the event and many, even the Greek fans, still cannot believehow such an utter underdog carried away one of the biggest prizes in the world of sports. Without a single international star, but with several good club players, the Greeks succeeded on the basis of tactical discipline, fanatical commitment and supreme fitness. In the tournament they beat Portugal in the first game and then the final, also defeating France and the Czech Republic between the two wins over the hosts. It was a miracle of miracles, but a deserved one. 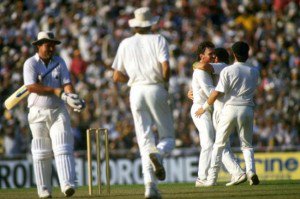 England went into its 1987 semi-final against host-nation India as a rank outsider. India was the reigning tournament champion and top qualifier from the pool stage, whereas England had scrapped their way into the semi-finals and looked vulnerable after two losses to Pakistan. Having been sent into bat, Graham Gooch (115) and Captain Mike Gatting (56) led the way as England posted a competitive 253. The two experienced hands played steady knocks, negating the potent Indian spin attack by sweeping and playing the ball late. In reply, India was rocked early when star Sunil Gavaskar was bowled by Phil DeFreitas. Despite a stylish 64 by Mohammad Azharuddin, the home side never recovered and fell to a 35 run loss as England sealed a place in the final and revenge for the loss it suffered to India in the 1983 semi-final. 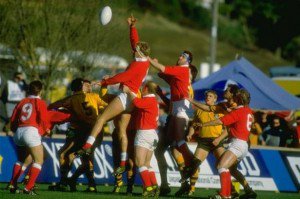 Australia had already suffered an upset in their semi-final defeat to France ? widely regarded as the game of the tournament. What followed though was possibly an even greater shock. How much the pre-tournament favourites were motivated for a bronze-medal match is debatable but they certainly should have beaten a Wales side who shipped 49 points in their own semi against New Zealand. The game was incredibly tight throughout, each side touching down twice before Adrian Hadley's last-gasp try and Paul Thorburn's remarkable conversion from a tight angle settled it. 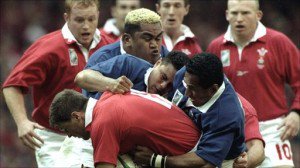 The match was meant to be remembered for Neil Jenkins kicking his way into the record books as Test rugby's greatest points-scorer; instead the hosts were humbled by a five-try defeat that sent Samoa into the knockout stages. Jenkins duly broke Michael Lynagh's 911-point record, but the Samoan performance stole the show -- not only by defeating the hosts on their own turf, but also ending their 10-match winning streak. Samoa's towering No.8 Pat Lam, now coaching Connacht, sprinted the length of the pitch for his country's fourth try before fullback Silao Leaega put the fifth and final nail in the coffin. Wales hammered the Samoan line in the closing stages, only to run into a Samoan wall time and again. 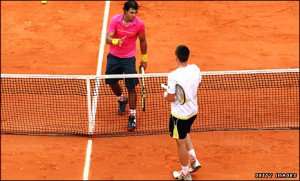 Ok so Rafael Nadal isn't from France and it wasn't a team competition but Rafa and losing just don't go together when we are talking about the French Open. At 2009, things were different at Rolland Garros, as Rafa fell to journeyman Robin Soderling. Nadal came into this semifinal match winning the four last French Opens, and it was pretty much guaranteed that he would be in the final once again. Soderling took out Rafa in four sets with set scores of 6-2, 6-7 (2-7), 6-4 and 7-6 (7-2). I think it is fair to say that nobody saw this coming. 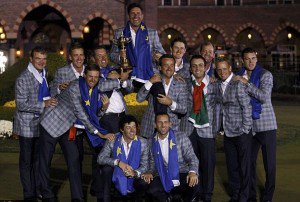 In a weekend full of great putts, surprising action and a dramatic finish for the ages, Team Europe pulled off one of the most improbable victories in Ryder Cup history. With the United States only requiring four points from the twelve on offer, Europe's golfers produced a stunning final-day comeback, riding a 10½-to-3½-point swing to erase a 10-4 deficit and capture the Ryder Cup at a shell-shocked Medinah. The win matches the record recovery of Ben Crenshaw's US team in Boston in 1999 and is the best from a European side in the Ryder Cup.

Subscribe to our newsletter for good news, sent out every month.